Tia Collection is proud to share the work of Beatrice Mandelman for this month’s artist spotlight.

Beatrice Mandelman, also known as Bea, was born in 1912 in Newark, New Jersey to Jewish immigrants who ingrained the value of social justice and a love of art in their children—what would become a major influence on the artist’s life and work. At the age of 12, Bea attended the Newark School of Fine and Industrial Art, whose faculty consisted of several well-known artists including Hilaire Hiler, whose artwork is also in the Tia Collection. Before she turned 18, Bea interacted with important New York artists like Willem de Kooning and Arshile Gorky. 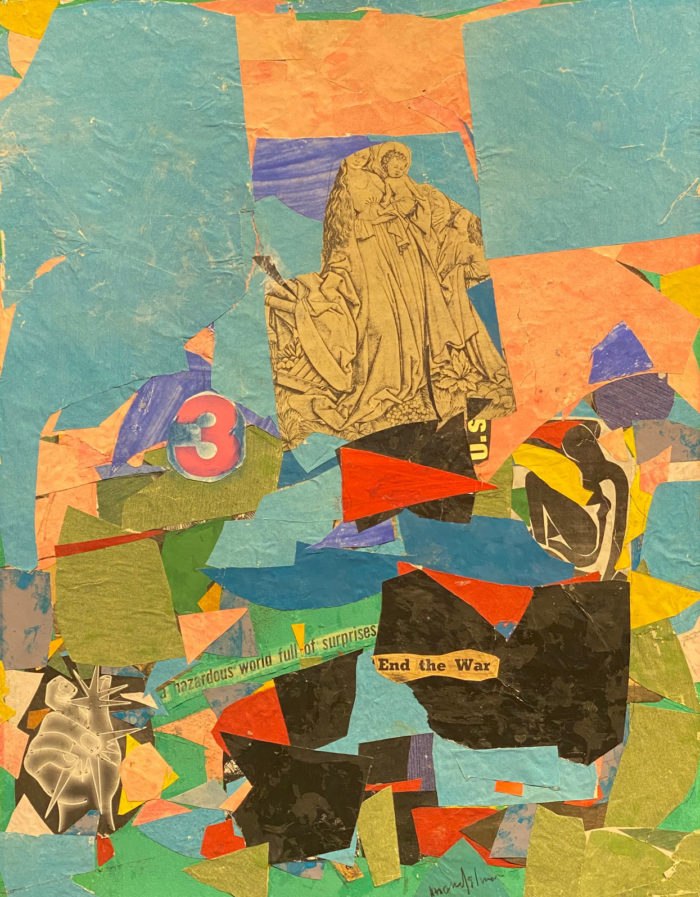 Between 1930 and 1932, Bea attended Rutgers University’s New Jersey College for Women. There, she studied under Social Realist painter Bernard Gussow, who had studied at the École des Beaux-Arts, the same Parisian art school where Renoir and Degas attended. Bea dreamed of following in Gussow’s footsteps one day but, sadly, with the passing of Bea’s father in 1932 and the Great Depression at its worst, Paris would be put on hold until 1948.

Prior to going to Paris, Bea made a large body of work for the Works Progress Administration’s Federal Arts Project (WPA). Upon her return to New York, she began studying printmaking at the Art Students League (where Ai Weiwei, Helen Frankenthaler, Louis Bourgeois and other notable artists in the Tia Collection have studied).  Under the leadership of Anthony Velonis, Bea helped transform printmaking from a commercial endeavor to a creative process. Her new prints were well received and became associated with the early phase of the New York School led by Frank O’Hara, former curator at the Museum of Modern Art. By 1941, her work was also being exhibited and acquired by major museums including the Chicago Art Institute, Museum of Modern Art (New York) and the National Gallery of Art (Washington, DC). Her works from this period reflect a liberal political bent that continued to surface throughout her life. The practice also allowed her to join the Graphic Arts Division of the WPA until it was disbanded in 1942. 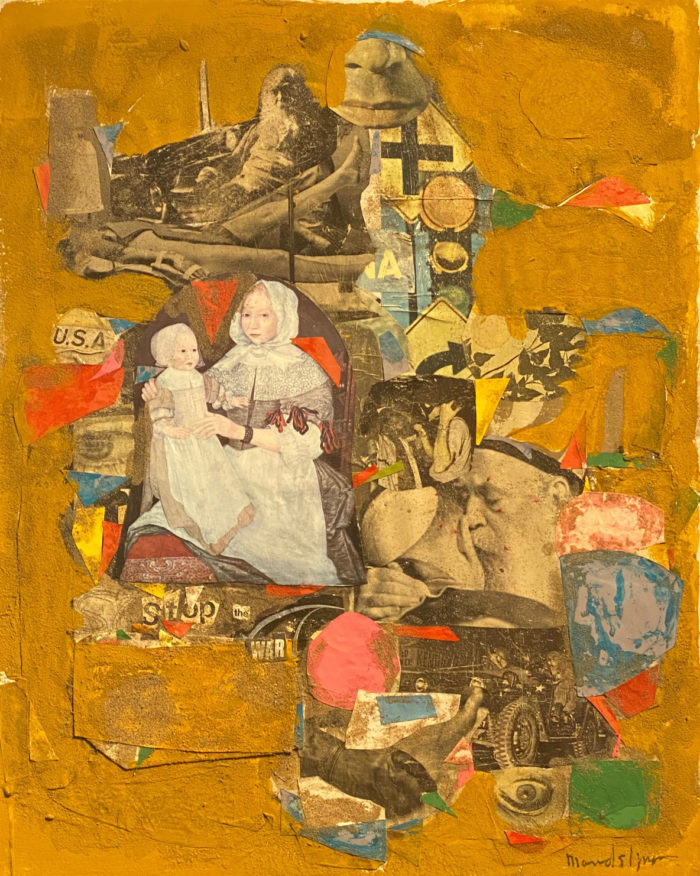 That same year, Bea married Louis Leon Ribak, the Russia-born artist who co-created the John Reed Club, a group that sought to help artists and writers closely associated with the Marxist magazine The New Masses. Much like his future wife, Louis painted in the Social Realist style during the 1930s and 1940s and painted murals for the WPA.

After their marriage Louis joined the war effort but was discharged after two years due to his asthma, leading the couple to seek a high, dry, and sunny climate. New Mexico met the criteria and Louis’ former teacher John Sloan invited them in 1944 to stay with him in Taos. By this time, the artist’s colony was already well established, allowing the couple to quickly settle in with the help of Mabel Dodge Luhan. At the time, Modernism was not popular and would not become popular until Bea connected with fellow Taos artists Edward Corbett and Agnes Martin. This group of artists became known as the Taos Modernists and, by 1947, Bea and Louis had established their own school: the Taos Valley Art School. 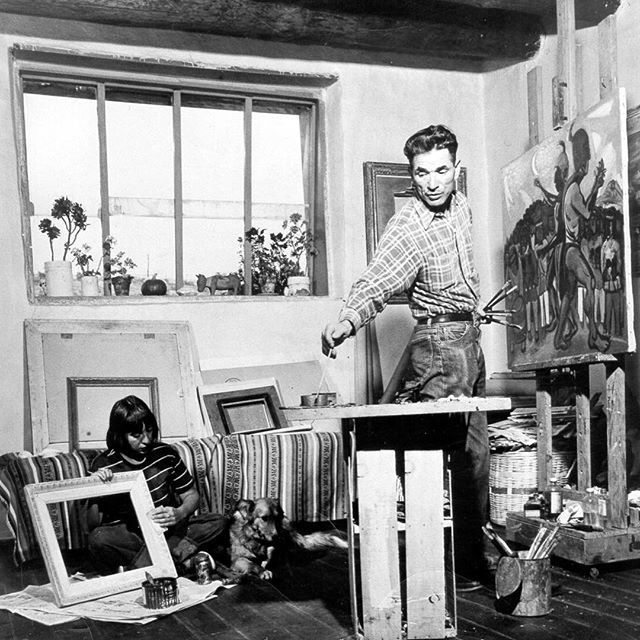 Bea Mandelman and Louis Ribak in their studio. The UNM Foundation 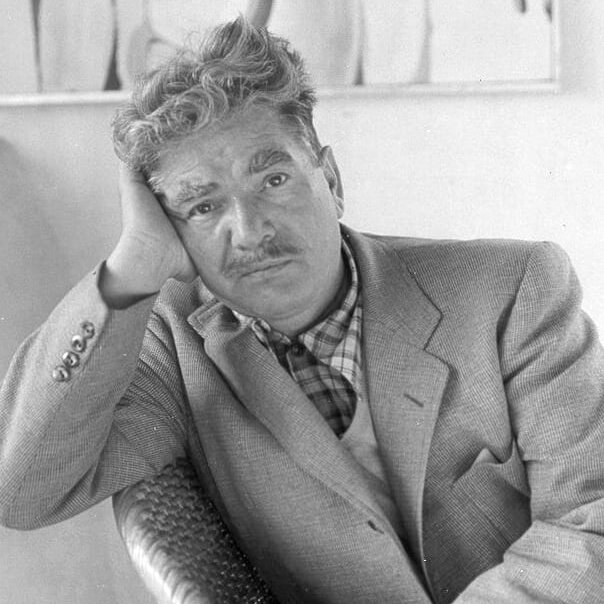 During this time, veterans of World War II, like Louis, were taking advantage of the GI Bill to study art in Taos. The school attracted artists from San Francisco and New York who wanted to learn printmaking under Bea. However, with McCarthyism and the Red Scare raging through the United States, difficulties arose for the couple: The school was forced to close in 1952 when an informer reported that the school taught leftist ideology, causing the school to lose its GI funding.

As a way to cope with this stress, Bea began making collages. This new medium was cheap, perfect for the couple who had lost their main form of income, and the act of layering pieces of paper upon one another was soothing. Although these collages helped them financially during this time, Bea felt obligated to omit political opinion in the work. They chose to move back to New York City from 1954 to 1956 to escape this oppressive situation. 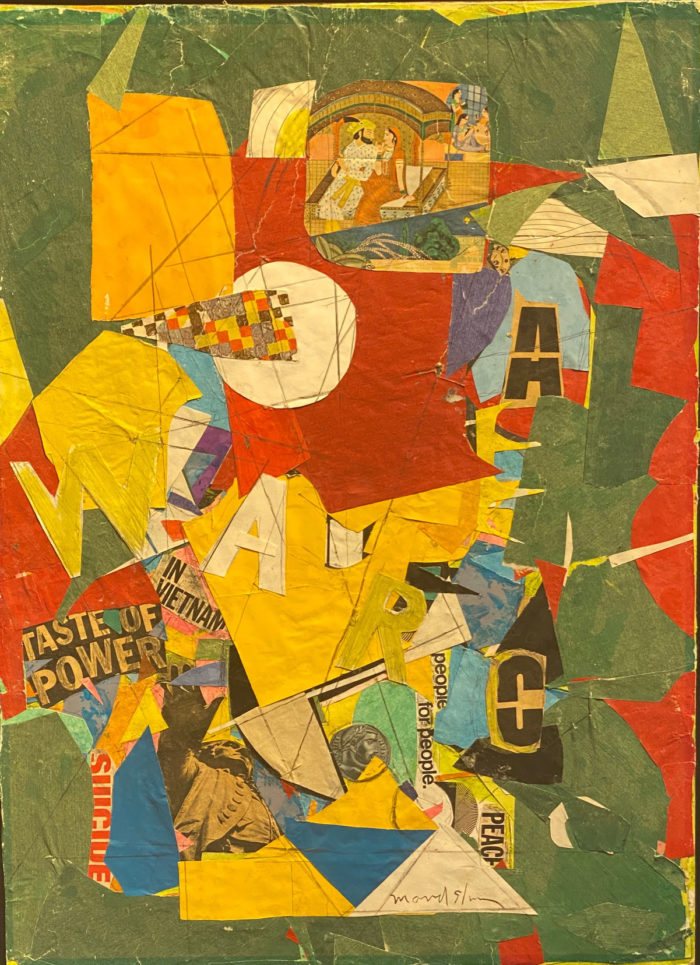 Beatrice Mandelman, Taste of Power, 1965
The fear of government persecution finally broke by the 1960s. As the war in Vietnam began to progress, Bea’s work became even more political than previously. Pop Art was on the rise, the Civil Rights movement was gaining traction, political assassinations caused great unease and the women’s rights movement was just beginning. “I was dazed by the indifference and the horror of what was happening,” the artist said. “It was therefore urgent that I say something about war, peace, violence, and survival….The artist answers the time, and projects and makes an emotional statement about the period. It’s not a soft feminine period. The fiestas are over. The celebrants have gone home. It is time to face reality” (Robert Hobbs, “Beatrice Mandelman: Taos Modernist”). Unlike Pop Art, Bea’s work remained anchored in abstraction and emotionally raw construction. Her works on paper gave great insight into her political convictions and concerns about the Vietnam War, and she believed that the power of images, color, and art would jolt the public into action. Her creativity was her dissent. 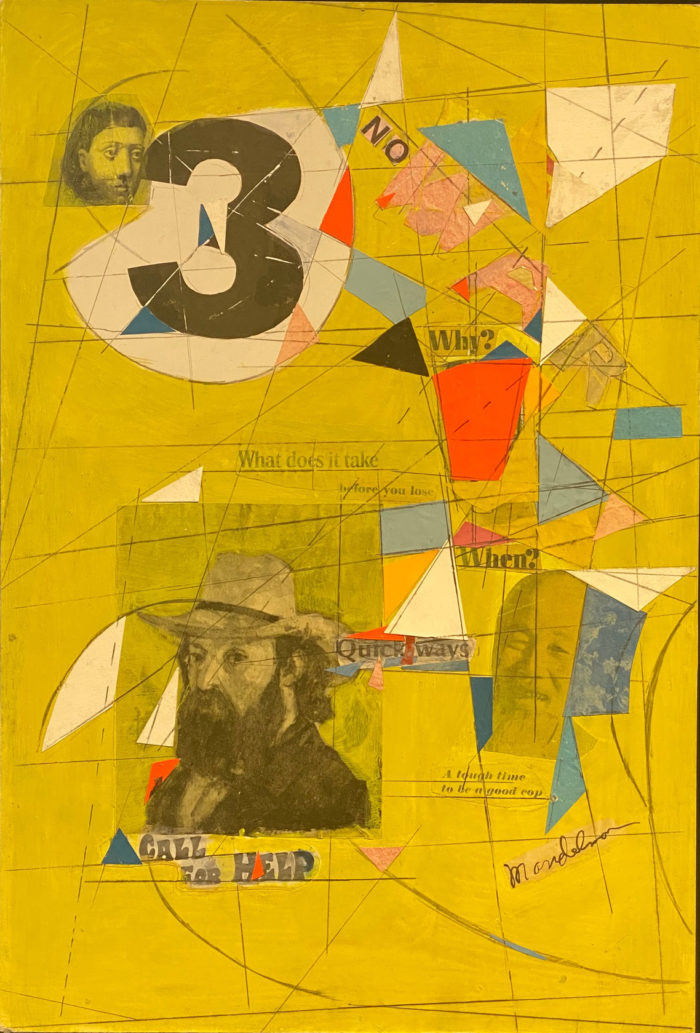 Beatrice Mandelman, No War/Call for Help, 1965

Bea’s political collages, prints and large-scale paintings and murals show her wide range of skills, unique compositions and mastery of color. Bea preferred to work in series—a total of 33 starting in the 1940s. She continually experimented with new mediums, taught others, and hoped to change the world. In 1955, Bea wrote in her journal, “Paint life, not theory of life.” This was a true mantra throughout her career.

While she never considered herself a Southwest regional artist, Taos and New Mexico were ultimately home. After Louis’ passing in 1979, Bea lived and worked in Taos until her death in 1998 at the age of 85. The artist couple’s legacy lives on through the Mandelman-Ribak Foundation which preserves artwork, a catalogue archive, and more at the University of New Mexico. Today you can find her work at the Harwood Museum of Art (Taos), Museum of Modern Art (New York) and Smithsonian American Art Museum (Washington, DC), among many others.