I see my work as an extension of the Hispano folk art tradition that was established in New Mexico in the 17th century & has continued to develop here during the past 400 years. My approach is to bring that tradition up-to-date so that it reflects & comments upon the religious, political & social issues that are important in today’s world. 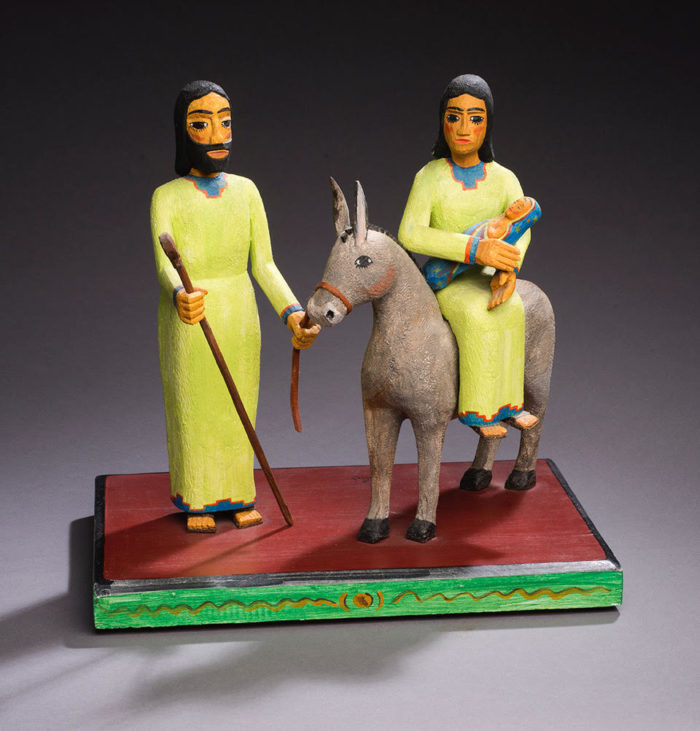 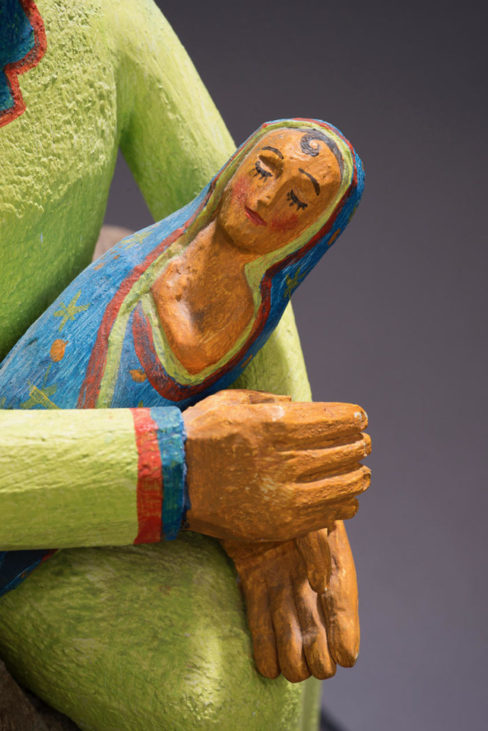 Luis Tapia was born in 1950, in Agua Fría, a small village that has been swallowed by the ever expanding Santa Fe. By the time he was a late teen, the Chicano movement was in full swing and was a time of cultural awareness and new found pride for many Hispano and Chicano artists across the United States, which inspired him to explore and learn about the artistry of the region. New Mexico has a long established tradition of making polychrome santos (saints) for home and religious use dating back to the 1600’s, when it was a Spanish colony. 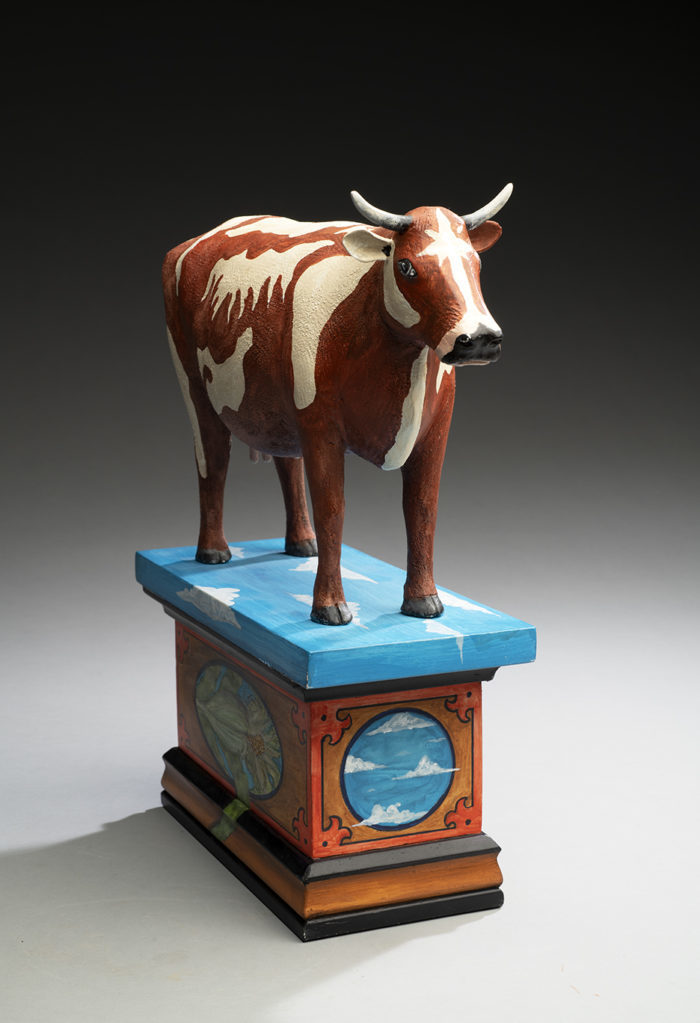 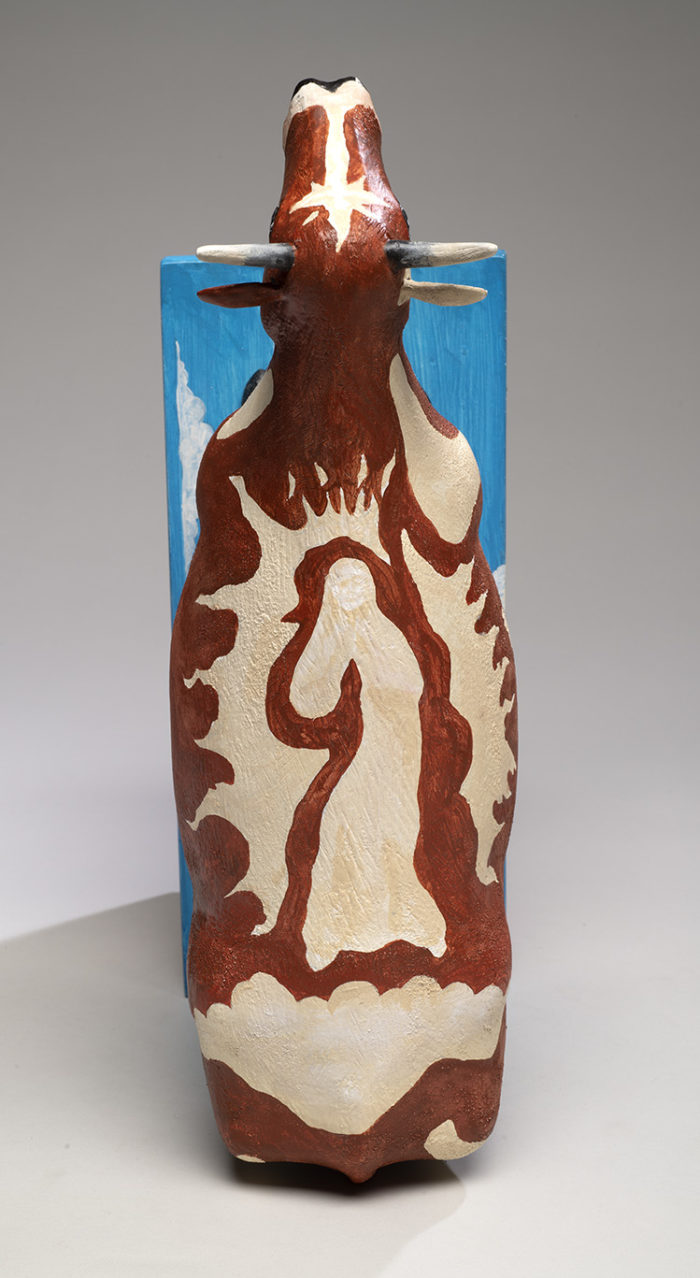 During this rediscovery of his culture’s traditions, Tapia began feeling constrained by the fact that the subject matter depicted focused on individual saints as well as a simple traditional approach to carving and painting techniques, using only homemade paint.  He decided that he would work in a style influenced by the 18th and 19th century New Mexican santeros, but with a contemporary interpretation and application. Tapia carved local pine and wanted the colors he used on his works to be more vibrant (like Flight Into Egypt above) so he chose acrylic paints to implement his vision. He also began creating works with multiple figures depicting daily contemporary life (like Good Friday Dance below).

These choices made his work controversial, but also brought recognition to his creative abilities and approach. The brilliant colors he chose shook up the idea of what “traditional” art should look like and was ultimately not well received by the organizers of the Spanish Market, where he began showing his work in 1975. 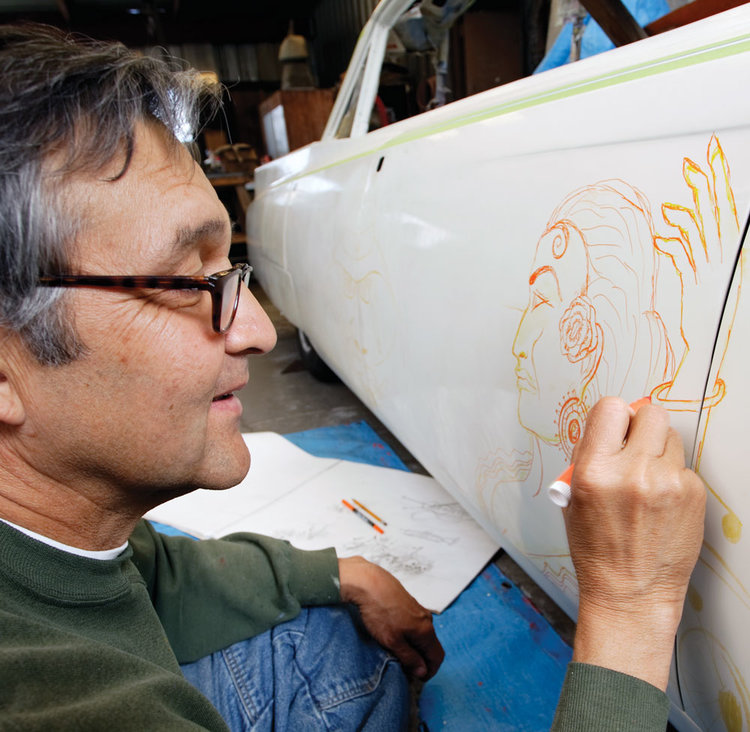 Becoming tired of the outdated rules placed on santeros, Luis knew that he needed to make different path for himself. In 1978, he co-founded La Cofradía de Artes y Artesanos Hispánicos, an art collective whose goal was to encourage artists to explore their creativity and revitalize Hispano art.

Beyond creating a group where artists thrived, Luis was also bringing a much needed and broader recognition to the santero art form. Previously, bultos and retablos were considered folk art and/or craft, not fine art. Going against the norm, Luis left Spanish Market in the late 1970s and soon began working with art galleries, something that other Hispano sculptors had not done before him. 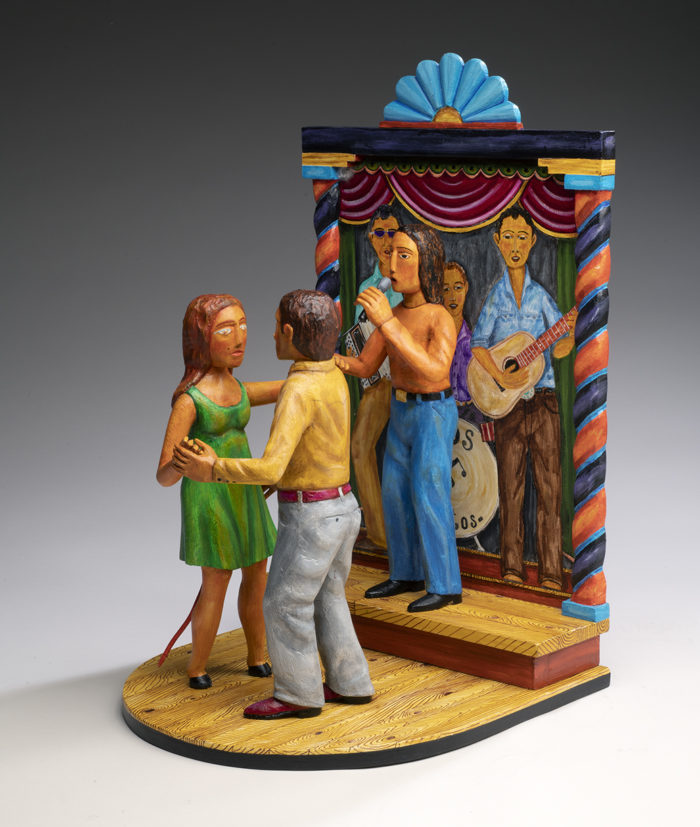 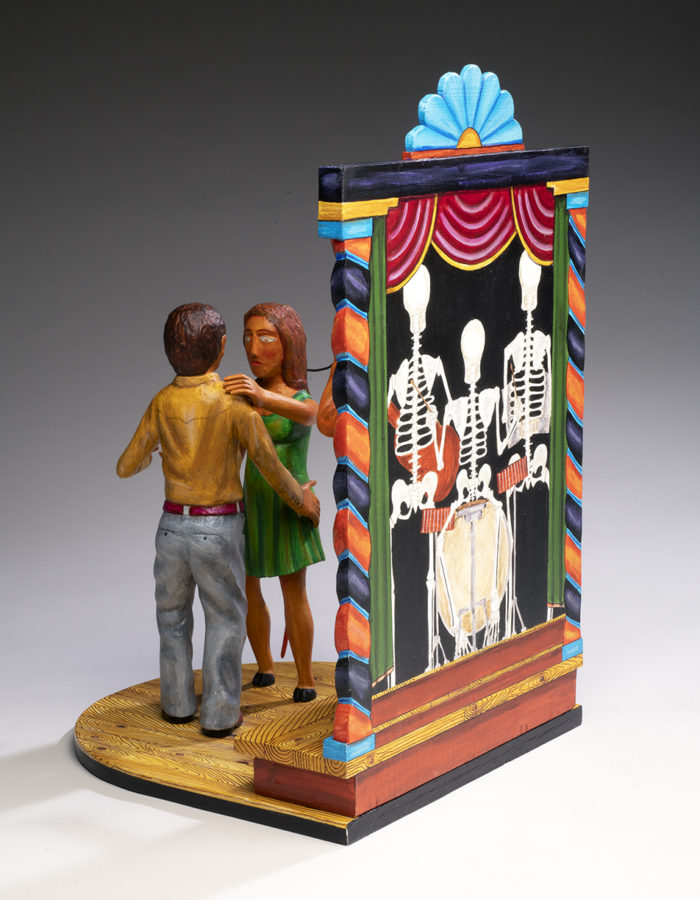 In 1996, Tapia received the New Mexico Governor’s Award for Excellence in the Arts, the state’s highest artistic honor. While most recently, in 2021, Tapia was named an inaugural Joan Mitchell Foundation Fellow, one of 15 artists nationwide selected to receive the distinction. Being recognized by an organization founded by an abstract expressionist artist is an impressive honor.

Today, Tapia is considered a pioneer in the world of Chicano and New Mexico art. During his 50-year career, he has gained widespread recognition not only as a contemporary sculptor, but also for his efforts in elevating the work of fellow artists. Luis continues to create work rooted by the traditional art form, while addressing current social and political issues (like The Last Supper below), including immigration, addiction, identity, and racial injustice. 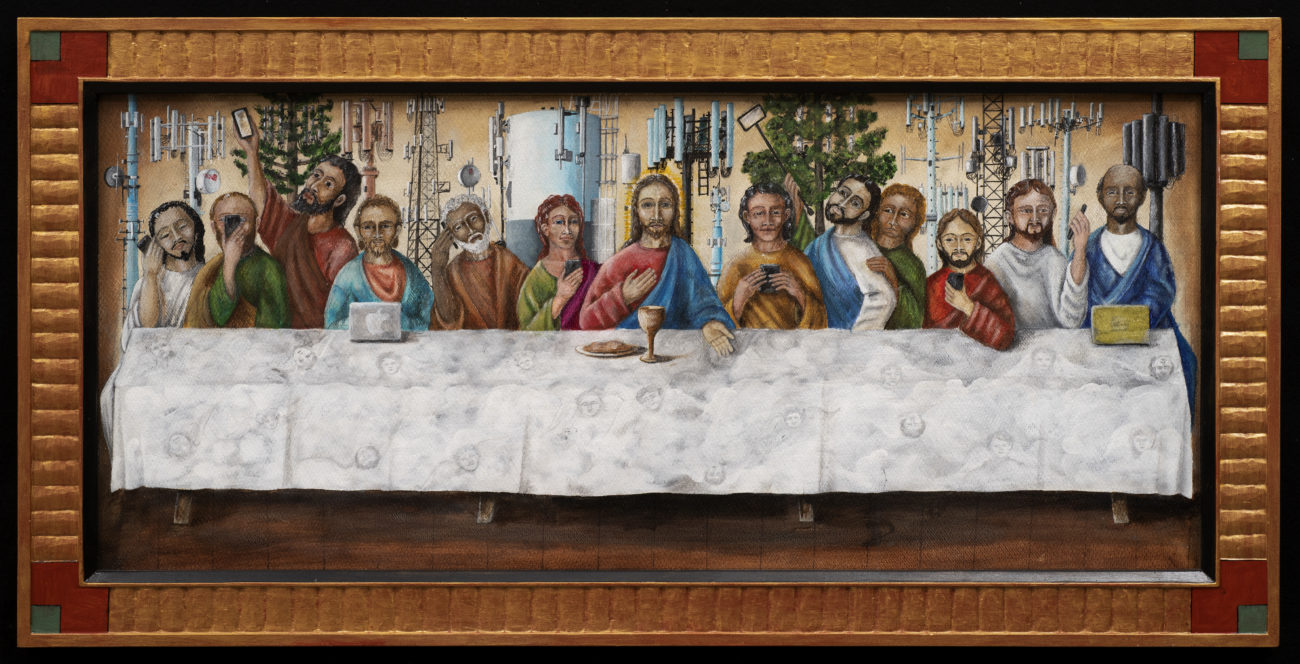 Tapia is famous for breaking away from stylistic confinement while maintaining cultural continuity. He has disrupted the expectations of his genre while creating an art responsive to its own times, a complex task acknowledging and exploring the contradictions of modern life, or la vida loca.

Thank you to Carmella Padilla and Luis Tapia for supplying photographs of Luis throughout his career.